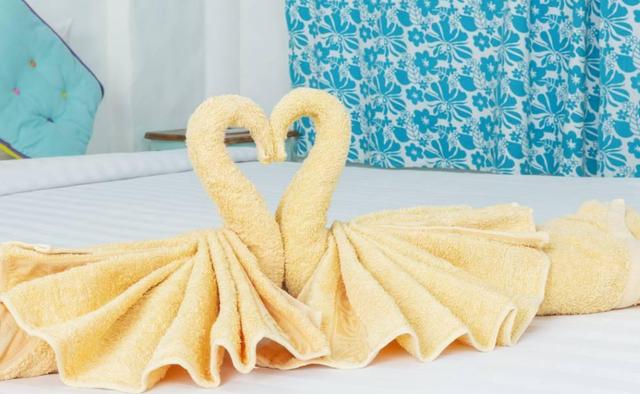 Towels are a necessity, we can not only see at home, but also go out, hotels, hairdressers, saunas, etc. can be seen. When a small piece of towel is not in use, it uses a simple fancy stack method, which not only looks good and looks good, but also adds a touch of fun to life. So how do the towels look good?
Tubular 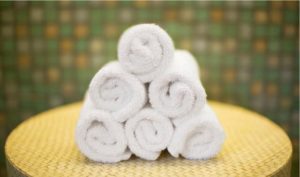 1. Prepare a towel and fold it in half.
2. Then you can put it on the tubular towel rack.
Hook 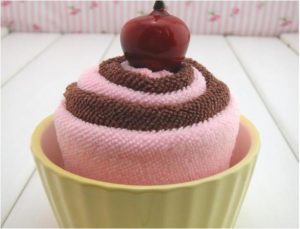 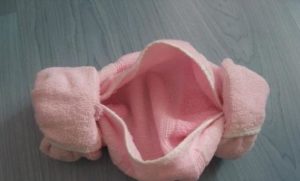 I learned the primary towel folding method above, and then we have a little more difficult. The material used in the Korean drama sauna towel horn shower cap is very simple. Just use a towel and choose a thicker one. The horns that are folded out are bigger and look more lovely. Do not use too small children’s towels.
1. The two long sides of the towel are folded inward while pressing the other side.
2. After folding, the ends of the towel are rolled outwards. Be careful to press the overlapping parts and tighten them.
3. The same method is repeated twice at both ends. According to the length of the towel, it can be rolled several times, but at least twice.
4. Finally, open the sides of the towel and put it on your head. Then the croissant towel is folded.
Korean shower cap 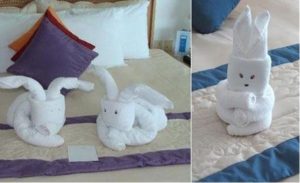 1. Flatten a towel and fold it inward into three folds.
2. Then the head and the tail are like the sleeves of the hand, fold a few turns outwards, roll the two heads inward, and turn them out from the inside, just open them.
3. Fold in the middle is the size of your head, then spread on the head. Such a Korean shower cap is folded.
Elephant style 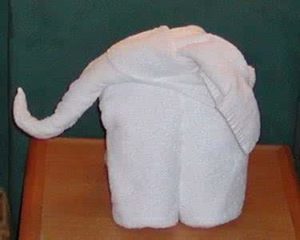 1. Bath towels or larger towels are placed flat on the board. Floor, bed, table, cabinets are all available.
2. Both ends are folded inward about 15 cm.
3. Fold again inward by the same size.
4. Roll the upper and lower sides of the figure to the middle.
5. In half. After folding in half, the four pillars should be outside. This is the body and legs of the elephant.
6. The headless elephant stands up for use.
7. Then put a towel flat.
8. Use one to fix the midpoint of a long side. For example, the legs of a thin stool.
9. Put the towel on both sides of the center point by hand and roll it in with the center point as the center.
10. Until the volume cannot be re-rolled, the two sides finally met.