Towels should be cleaned in time. Wet towels are used for bacterial skin care. 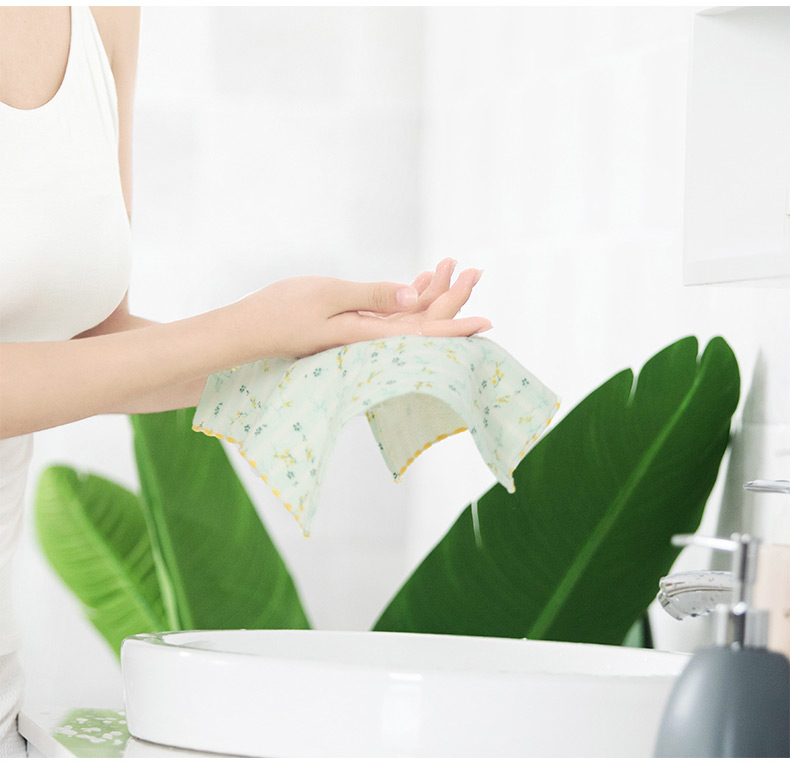 Recently, the China Household Textile Industry Association’s latest survey of large and medium-sized cities such as Beijing and Shanghai shows that the actual amount of Chinese towels is currently 1-2 per person per year, while in the developed countries, more than 10 per year are used in Japan. The use of developed countries such as Europe and the United States is higher. According to relevant sources of the China Household Textile Industry Association, this result is inseparable from the misconceptions and habits of the people using towels.
The concept of the frugality of “not breaking or not changing”. Diligence is the traditional virtue of the Chinese people, especially middle-aged and elderly people. Everything has to be damaged before they are willing to throw, but this good habit is definitely a “fatal blow” for a towel with a high frequency of use. “People usually get used to put towels in the bathroom, and the towels made of pure cotton absorb moisture and store water especially well. This provides a ‘hotbed’ for the breeding of bacteria, plus dust, skin oil and external bacteria in the air. The intrusion will make the towels more dirty and dirty.” Experts say that the most terrible of these bacteria are the pathogens such as Escherichia coli and anaerobic bacteria. They are not only the chief culprits of diseases such as diarrhea, otitis media, and oral infections. Still, let your skin long-spotted acne behind the scenes. “Because of this, we have been advocating that people change towels once every 2-3 months, but in fact, there are very few people who do it.” Experts stressed.
A towel is used more. In many people’s homes, a towel is “a few jobs” – wash your face, wipe your hands, take a shower, wash your hair, or even clean your private parts. As a result, the bacteria from the hands, face, hair, and towels will be covered with the whole body. If the bacteria enter sensitive parts such as the nose, nose, and eyes, it may cause discomfort, especially for children and people with allergies. It’s easier to get caught. Therefore, experts reminded that towels must be divided according to the purpose, there are at least three men, wash your face, wash your feet and take a bath towel separately, women should prepare at least four, on the basis of washing, washing feet and bathing, add a cleaning private towel.
The towel should be wet. “The habit of Chinese people using towels is to wet them. Washing their faces with wet towels are actually using skincare with bacteria.” Experts say that pathogens such as Escherichia coli and anaerobic bacteria can survive in wet towels. More than a day. “We should learn more Japanese from this point. Japanese wet towels are never used for the second time. Once the towels are wet, they will be washed and dried immediately.” It is worth mentioning that Japanese people are used to small squares. People will prepare more than a dozen for washing their face, wiping their hands, etc., once for a towel, they will change it once every 3 days, clean the dirty towel with soap, and dry it in a sunny place.
Also, picking a suitable towel is also very important. In the newly published “Guidelines for Household Textile Consumption”, experts have given some methods:

1. Towels should be made of soft, comfortable, water-absorbing cotton material;

2. Buy by the crowd. Children should choose plain small squares; those with delicate skin or allergies are advised to choose a towel with a low terry and a low density; men have a fast metabolism and are more suitable for thick, heavy-surface towels.

3. The high-quality towel feels soft, fluffy and elastic, the terry is even, the seam is neat, no smell, the inferior towel is the opposite. “Washing your face with a poor quality towel is equivalent to using industrial wastewater for skin care.” Experts stressed.
In use, you should also pay attention to the fact that the towel you just bought must be cleaned before use to develop the habit of cleaning every day. Once the towel is yellow, hard and sticky, it should be replaced in time.