The historical origin of towels 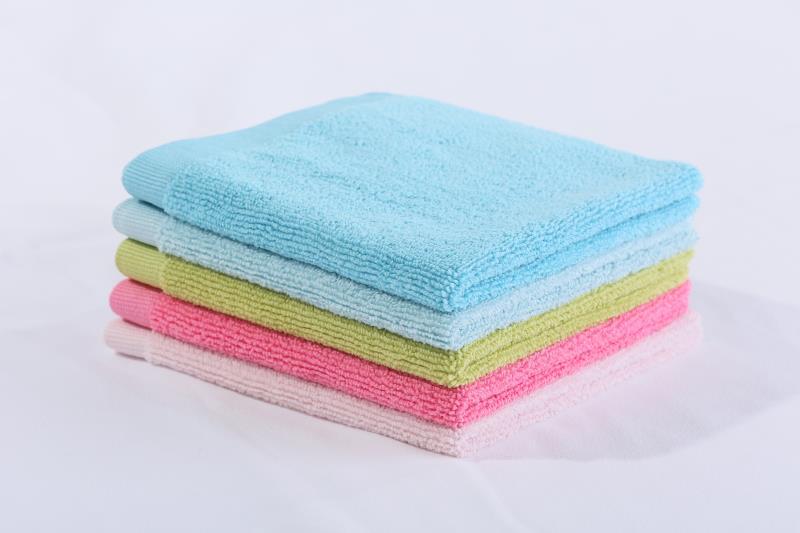 The history of the use of the towel is very long. In the pre-Qin period, there was already a special textile name for “Pa”. Its specific meaning is “handkerchief”, which people use to wipe away sweat. In the famous folk song “The Peacock Flying Southeast” of Han Yuefu, there is a description of “A woman silent, a towel to cover her mouth”. The towel here obviously refers to a handkerchief that wipes tears. The official name of the handkerchief came from the Tang Dynasty. Wang Jian, a famous court lyricist at the beginning of the Tang Dynasty, once wrote a verse about “The red handkerchief of Chad, the fine painting of the center.” In the Song Dynasty, there was also the saying that “Taipa wipes the tears.” The ancient Chinese women’s multi-handkerchiefs are used as decorations or a symbol of meaning. In our most familiar classic “Dream of Red Mansions”, the handkerchief has become a token of communication between young men and women. When Saitama burned the manuscript, in addition to burning the poems of the revealed heart, and the old silks that Baoyu gave to her, it was the weight of the silky in the hearts of the jade.
The formation of foreign “Pa” is also earlier than the “Turban.” The earliest Pai in ancient Egypt was made of bulgur, which can wipe the sweat and block the sun. The ancient Greeks used linen to make a bag and carried it around the waist when they went out. In the 18th century, due to the prevalence of women’s smearing of powdered powder, the handkerchief was contaminated with colorful colors, which led to the derivation of the color pad.
Modern handkerchiefs are not only a cleansing and skin-lifting product but also a kind of carry-on ornament among Japanese women. Romantic Americans use handkerchiefs as a token of love and give them to their sweethearts. British men put their handkerchiefs on their suit pockets to show their gentlemanly manner. French handkerchiefs have squares, rectangular, elliptical, triangular and polygonal shapes that vary in shape. For the convenience of folding, the French King Louis XVI ordered in 1785: “The length of each side of the handkerchief is equal”, set the handkerchief as the rule of the square, and it is still used today.
The change from the handkerchief to hand towel began around the Han Dynasty. Unlike a par, the towel appears as a male product. When men are engaged in labor and other activities, the sweating parts are not limited to the face and face, but also the back, chest and other places. The small square towel cannot meet the requirements, and the hands of the laborer are not convenient to grasp the towel, so it appears A long towel sewed with a thick cloth can be placed on the shoulder when not in use, hanging on the neck or not at the waist. The towel hanging on the neck can also be used as a pad of a pole or a rut when shoulders and carts are used to cushion the pressure and reduce the friction of the working tools on the skin. This kind of towel has been very fashionable since the Qin and Han Dynasties. The “big belt” of the waistline of Wusheng we saw on the stage of the Beijing opera is the artistic deformation of the towel.
The velvet shape of the towel became the prototype of the towel, which began to appear as early as the Western Han Dynasty. The “fleece ring” unearthed from the Han Tomb No. 1 of Mawangdui, Changsha is the earliest discovered pile fabric. In the Song Dynasty, the silk industry in Zhangzhou, Fujian Province of China was very developed. Inspired by the Japanese import of “Jin Jin”, the ancient Chinese used bamboo wire in a special sleeve, commonly known as “sword shell”, put the sword shell into the open warp, and pinch a “bamboo silk”. The sword shell is withdrawn from the other end of the opening, and the remaining bamboo filaments form a loop under the pressure of the weft yarn. The fabric loops are regular and full, and are thick and soft, and have a large moisture absorption capacity, which becomes a model for the towel in the future. Cotton was introduced to China during the Ming and Qing Dynasties In the 23rd year of Emperor Kangxi of Qing Dynasty, cotton towels produced in Japan entered China, and China’s already popular cashmere process, such as “full-color velvet”, “sea goose down” and “soft cashmere”, the towel industry formed an independent industry system.