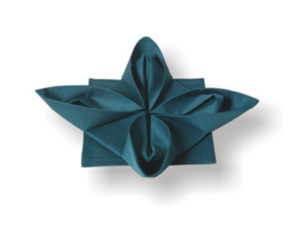 The hotel industry often develops on napkins, such as the regular creases during meals. The mouth cloth is also a towel item on the table for textile staining clothes, which is folded into various flower shapes, bird shapes, fish shapes or other images, commonly known as mouth cloth flowers. The mouth cloth flower is a kind of hand-made art creation. It combines the practicality and the artistry of the towel so that the gift towel can effectively add the atmosphere of the banquet hall so that the guests have a good mood at the meal party.
1. The towel is folded in a rectangular shape;
2. Folded again, in a square;
3. Put the two volumes on the side to the middle;
4. Fold the bottom corner and close the sides to the back and insert them;
5. Open four towels to make a lotus flower;
6. Put into the plate, finishing. 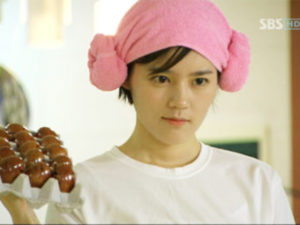 Many girls like to watch Korean dramas. There are often heroines in the bath after the bath towel is folded into a croissant cap as a shower cap on the head, very cute.
1. Flatten a towel and fold it inward into three folds;
2. Then the head and the tail like a roll of hand sleeves, fold a few turns outward, roll the two heads into the inside, from the inside to the outside, open it just fine;
3. Folded to the middle is the size of your head and then spread on the head, so that the cap of the croissant style is folded. 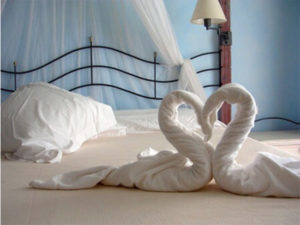 The couple hotel or hotel bedroom will often fold the hotel towel into a swan-style, creating a warm and romantic atmosphere, bringing a good meaning to the couple staying at the hotel.
1. Take a square piece of paper and place it on the table with the reverse side facing up;
2. First, fold the two diagonal lines along the square and open them again, then fold them in two directions and open them separately;
3. Please use both hands to pinch any of the square fold lines and squeeze them toward the middle. At this time, the other side fold line will be gently lifted forward and backward;
4. Push the mark on the opposite side of the line and squeeze it into the middle to form a cross. The two sides are pressed flat on the opposite side of the diagonal. What appears now is a two-layered diamond;
5. Fold the “double diamond shape” in the direction of the square, that is, turn the diamond over. After turning over, fold the four corners of the “double diamond” along the center line. Note that the corners should be aligned ;
6. Push the “double-layered slender diamond” up from the two small corners of the head separated from the middle, until you can no longer push it, start tapping and then flatten. At this time, the swan shape will appear, and a slight adjustment will be fine. 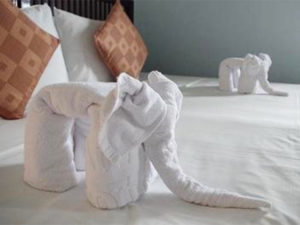 Hotel towel elephant stacking method:
1. Bath towels or larger towels are placed flat on the table, both ends are folded inward by about 15cm;
2. Fold inward again in the same size and roll the upper and lower sides to the middle;
3. The towel after the roll is folded in half, after folding, there should be four pillars outside, this is the elephant’s body and legs;
4. Stand up the headless elephant with a towel on top;
5. Roll the towel around the center point with a clip;
6. The volume cannot be re-rolled, after the two sides meet, fixed, the elephant’s head is formed.